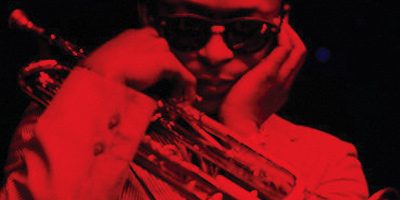 Join us for an evening of classic jazz, as Chad McCullough and his group pay homage to the legendary trumpeter.

Over six full decades, from his arrival on the national scene in 1945 until his death in 1991, Miles Davis made music that grew from an uncanny talent to hear the future and a headstrong desire to play it. From his beginnings in the circle of modern jazz, he came to intuit new worlds of sound and challenge.

His music evolved over the years from bop and cool jazz, to jazz rock, funk and psychedelia, finally embracing hip hop on his last record.

Hear classics from his catalog – from “Birth of the Cool” and “Kind of Blue”, to Bitches Brew and beyond.

Heralded for his “solos of mercurial poetry and high craft.” (Chicago Tribune) Chicago-based trumpeter/composer Chad McCullough is active throughout the world. Dan McClenaghan writes, “He is a rare instrumentalist who makes each note sound as if it were imbued with a deeper meaning. Certainly a player with great chops, his approach is one that is measured and deliberate, often introspective, sometimes gorgeously melancholic, and one that employs a continuity of mood and atmosphere …”