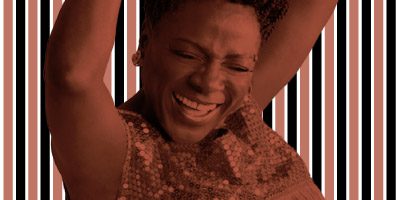 with Brooke & The Nice Things

Join us for a tribute to Sharon Jones – with live music by Brooke & The Nice Things.

Sharon Jones was powerhouse funk and soul singer. She experienced breakthrough success relatively late in life, releasing her first record when she was 40 years old. In 2014, Jones was nominated for her first Grammy, in the category Best R&B Album, for Give the People What They Want.

She was often referred to as “the female James Brown” for her electrifying live performances. Her legacy continues to influence countless young RnB bands and singers.