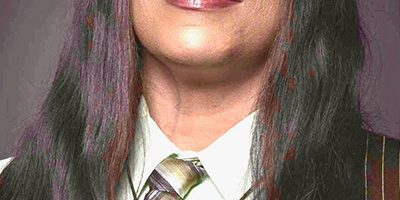 Born in Chicago, Demetria grew up surrounded by Blues music, listening on records of her biggest influences including Etta James, Bessie Smith, Big Mama Thornton and most importantly, “The Queen of The Blues” Koko Taylor.

Demetria started playing drums at age 14, coached by her older brothers Larry and Tim, both professional blues drummers. She played in family shows across Chicago which also featured brother Eddie Taylor Jr. on guitar. She also sang in the gospel choir at Trinity All Nations Church on Chicago’s south side.

“I feel that singing is something I was born to do. Sometimes on the stage my eyes tear up as I feel the music I’m singing. I love to listen to all types of music, but the blues caught my ear. I’ll never give up my dream.”

Demetria has toured nationally and internationally and performs in many clubs and festivals including the Chicago Blues Festival. Her first album, Bad Girl, is on Delmark Records. Demetria was nominated in 2012 Blues Music Awards for “Best New Debut Artist”.

Vayda Rhynstone is a burlesque performer and published pin-up/alt model based in Chicago. With her elaborate costumes, exotic looks, and eclectic style, she will always leave you wanting more.  She prides herself in originality, professionalism, and dedication to her craft.  Vayda has been leaving her sparkle across stages throughout the U.S. & Canada for the past 8 years.