The Blues According To John Primer 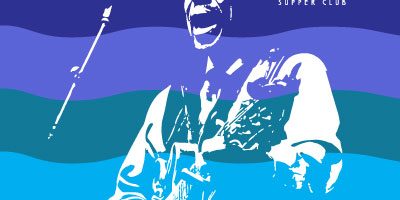 The Blues According To

Take a deep dive into the great American musical idiom with legendary Blues guitarist John Primer. Primer will talk about the history of blues, it’s origins and founding fathers (and mothers!)

Expect to hear stories and music from John’s lengthy career playing with Blues greats Muddy Waters, Willie Dixon, Junior Wells, even The Rolling Stones. He will be accompanied by Steve Bell on harmonica.

As the bandleader and lead guitarist for Muddy Waters, Willie Dixon, Magic Slim & The Teardrops, John Primer’s virtuosity as a blues musician was forged by legends.

John started playing on Maxwell Street, the birthplace of Chicago blues and soon became the house bandleader at the infamous Theresa’s Lounge for seven years alongside Sammy Lawhorn, Junior Wells, James Cotton and others.

Having played or recorded with a who’s who of blues greats including Gary Clark Jr., Derek Trucks, Johnny Winter, and Buddy Guy to name a few, John Primer’s personal accolades, including Lifetime Achievement Awards, reflect his countless contributions to the history of the blues.

There are very few blues fans, critics or musicians who will deny the fact that John Primer is the real deal.